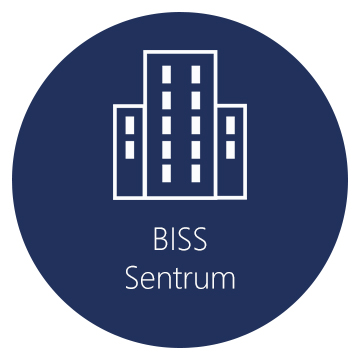 Norway is known internationally for its dramatic and breath-taking scenery. The Stavanger area is no exception, with stunning landscapes around every corner, from fjords and ocean, to mountains and forest.

With limited arable land and a long coastline, Norway's economy was traditionally based on fishing, forestry and shipping, until oil was discovered off its shores in the late 1960's. Thanks to rich natural resources, Norway has enjoyed strong economic growth based upon fisheries, hydroelectric power and petroleum production. Due to government investments in the national oil fund, the country currently enjoys one of the world’s biggest budget surpluses, resulting in Norway being one of the world’s richest countries. The combination of economic success, excellent social welfare provision and egalitarian policies, has led to Norway being ranked first in the United Nations Development Programme’s Human Development Index, several times. In recent years there has been much economic migration to Norway, as a result of its success as an oil/gas-producing and exporting country, its high standard of living and its relatively strong job market.

Norway has a population of over 5 million people in an area covering just under 400,000 square kilometres. The bulk of the population lives in the south, while the north is sparsely populated. Nearly 650,000 people live in Oslo. Other major cities include Stavanger on the southwest coast, Bergen on the west coast, and Trondheim on the northwest coast.

If you enjoy the outdoors, Norway is definitely for you. Hiking, camping, climbing, fishing, skiing and boating are all a part of the Norwegian lifestyle. Walking and cycling paths are abundant, allowing you to maintain an active lifestyle. Sport teams and gyms are easy to find.

Norwegians care about the environment and their impact on it. People try to keep their cities clean. Recycling is a part of daily life.

Public transport in Norway is excellent. Cities are often small enough to traverse on foot, though it might be better for families who choose to live in a suburb to have a car.

Norwegians take a lot of pride in their homes and that means the market is full of well-maintained houses and apartments. Homes are light and bright, containing all the usual modern-day conveniences.

While you may not have the same selection as your home country, it’s possible to find almost everything you might want or need. Dining out is expensive.

Norway is a safe country with a low crime rate. Children walk themselves to and from school and people often leave their doors unlocked. While it’s always good to take normal precautions, one generally doesn’t need to worry over safety issues.

Family takes priority in Norway and it’s completely acceptable to leave work at 16:00 to pick up your children and take them to football practice. There is also generous parental leave for both the mother and father, when welcoming a new baby into the family.

Norwegians work 7.5 hours per day and generally, no more. It’s not expected that you will answer emails or work in the evenings, or at weekends and you shouldn’t expect others to either.

If you are on a local working contract, you will enjoy five weeks holiday per year, in addition to the few national holidays throughout the year. If you come from a culture with an emphasis on work, adjusting to the slower Norwegian pace, can be a challenge. It is fairly easy to integrate into Norwegian culture and most Norwegians speak excellent English.

Cost of Living in Norway

There’s no way round it, almost everything in Norway is expensive.

The standard of healthcare is high in Norway and it’s covered under the national health system. This means that you aren’t paying privately for visits to the doctor (but you must pay for the dentist) and the quality of care is what you would expect in a wealthy developed country.

Norwegians are very proud of their country and heritage. The Norwegian spirit is best seen on 17th May - a national holiday celebrating the establishment of the Norwegian constitution in 1814. One of the oldest constitutions in the world.

Relocating to a foreign country is always full of highs and lows. A move to Norway is definitely something to be excited about. Even the rainy weather can’t dampen the high quality of life most people experience in this beautiful country.